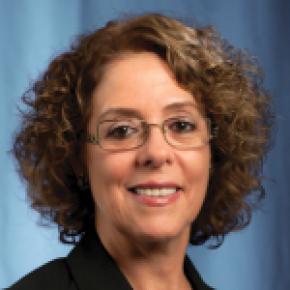 Professor Rivka Carmi was elected to serve as President of Ben-Gurion University of the Negev by the University’s Board of Governors in May 2006. She is the first woman to serve as president of an Israeli university.  Between the years 2010 and 2012 she also served as the Chairwoman of the Israeli Association of University Heads.

Professor Carmi served as Director of the Genetics Institute at the Soroka University Medical Center and held several important academic administrative positions in the Faculty of Health Sciences at Ben-Gurion University of the Negev. Promoted to full professor in 1995, she is the incumbent of the Kreitman Foundation Chair in Pediatric Genetics. In 2000, she was elected Dean of the Faculty of Health Sciences at BGU – also the first woman to hold this position in Israel – and served for five years. Between 2002 – 2005, she was also the Chairperson of the Israeli Association of Medical Deans.

Prior to entering the University's administrative arena, Professor Carmi’s research focused mainly on the characterization of clinical manifestations and the molecular basis of genetic diseases in the Negev Arab-Bedouin population. Author of over 150 publications in medical genetics, her research included the identification of 12 new genes and the description of three  new syndromes, one of which is known as the Carmi Syndrome. Her community outreach projects aimed at preventing hereditary diseases and advancing women's education in the Bedouin community. She was deeply involved with the establishment of major biotechnology initiatives at Ben-Gurion University and served as the Acting Director of the then nascent National Institute for Biotechnology in the Negev.

In addition to her duties as President, Professor Carmi remains a member of and consultant for professional and public organizations and committees , including the Rivlin Committee, which examined compensation for employees of Israel's nuclear research centers and the Locker Committee to Evaluate the Defense Budget.

Noteworthy honors she has received include: the Lifetime Achievement Award from the Yated organization for children with Down Syndrome; the Achievement in Medicine Award from the Municipality of Beer-Sheva; the 2002 Award for Peace from the Canada International Scientific Exchange Program (CISEPO), to which she served as representative of the Israeli Medical Deans; the 2008 Women of Distinction Award from Hadassah, the Women’s Zionist Organization of America; the 2009 Award in Excellence from the Israel Ambulatory Pediatric Association (IAPA); and an Honorary Fellowship from The Interdisciplinary Center Herzliya in 2010. In 2013, Carmi recived an Honorary Doctoral Degree from Dalhousie University in Canada. In 2015, she was made an honorary Commander of the British Empire (CBE) in the name of Queen Elizabeth II.